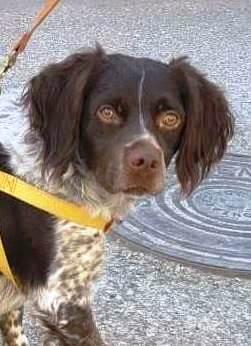 Hudi was lucky to be seen by a cyclist next to a road when he was lying immobilized in a ditch. The man notified the fire department, which then came to get him out of the ditch carefully.
Sometimes in Spain there are also rescuing angels for the dogs, although they are rather rare.
The car driver, for example, was certainly no angel, because he simply drove away...

Hudi was immediately driven to the vet, who noticed that Hudi had obviously been hit by a car and the force of the impact landed him in a ditch.
"Luckily" Hudi only had a fracture in his femoral head. The fracture required a quick surgical intervention, so Hudi had to undergo emergency surgery immediately and the femoral head had to be removed, because the comminuted fracture would have caused him too much pain.
Now Hudi is recovering for the first time and will later be able to lead a normal life without major limitations.
Hudi is a very lovable, social, sociable boy, who gets along with other dogs very well. 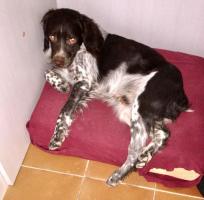 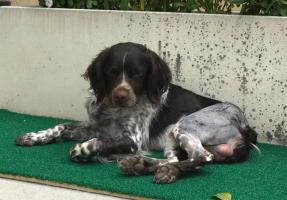 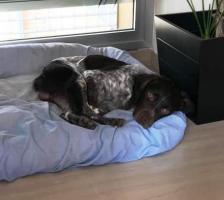 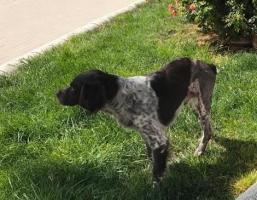 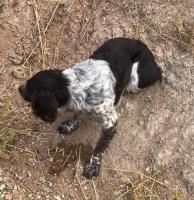 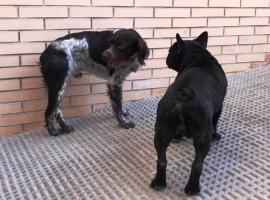 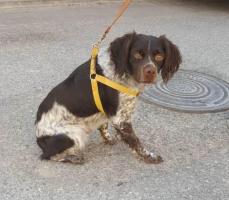 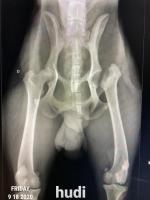